After the last couple of weeks' mountainous trails, we opted for our flattest route this week.

A small group of regulars met at Noordhoek Beach parking lot on a rather overcast but calm day. Since the fastest of our usual runners were all otherwise occupied with Trail du Mont Rochelle or the Three Peaks Challenge, the faster few Mediums led the way today, with Neil and Jo hitting a 5:30m/km pace as they approached the mid-way turnaround point.

Lots of stretching and Jane Fonda inspired posing followed before we turned and headed back at a more leisurely pace. The two groups met up at the rockiest part of the beach and the colours of the t-shirts were so strikingly colourful against the grey morning that we organised ourselves into a rainbow for a combined group picture.

We arrived back at the cars in less than 90 minutes and headed home in plenty of time for Neil to catch the rugby. 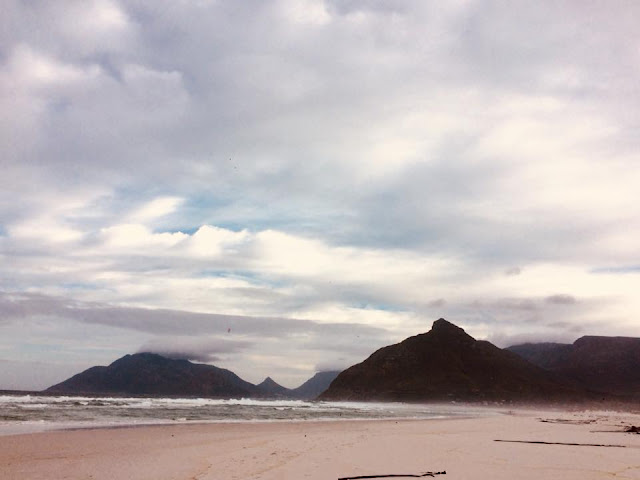