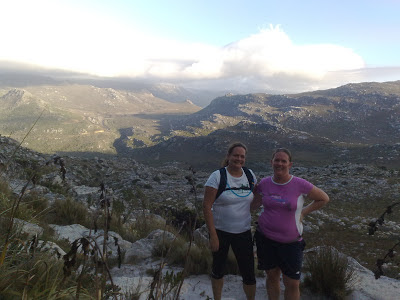 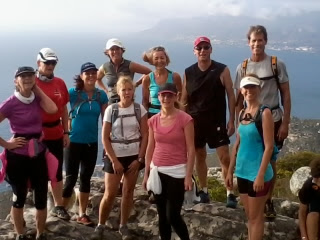 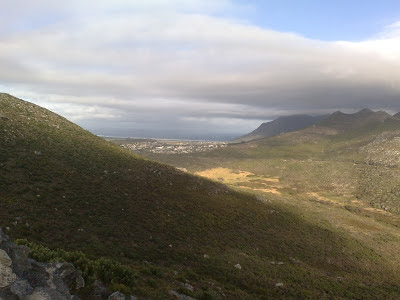 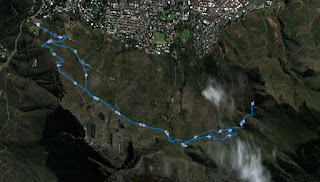 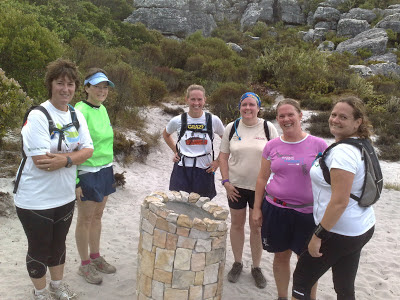 26 runners on the day!   Good run despite a strong Sou East wind blowing down Plattekip Gorge and over the saddle.

Thanks to Piero and Greg for leading on what was Piero's 25th sortie.   So congratulations to him and he is now eligible to wear our Red Tee shirt. 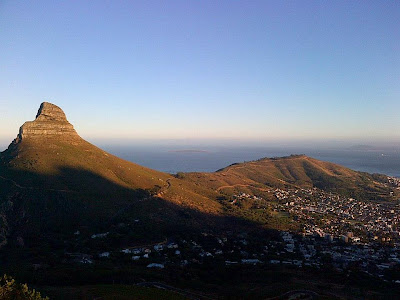 
Despite the allure of the Red Hill Classic road race 20 turned up at the RV on top of Black hill where the Sou-easter was gusting mightily.

Ralph was late at the start but by following the foot prints followed us and eventually passed the recovery group after about 3 kms and sprinted on to catch up with the main group further ahead.    After such a turn of speed perhaps he should graduate up to Tim's longer faster group.t .

Despite the wind and the deep soft sand for much of the way both groups had a good run, those who elected to take a tumble chose to fall in soft sand so no stories there!
Piero Granelli for his maiden sortie as leader and navigator scored a perfect 10 without a wrong turn or loosing anyone.   Well done!     As backup we had a long haired lass from Lancashire but her expertise was not needed.  Thanks Cathy .

We shared the route with Tim's Longer faster Group who after an initial detour to gain distance merged with our group for the last few Kms.