FEEDBACK: Saturday 05 April 2014: - SLANG KOP LIGHTHOUSE TO KLEINPLAAS DAM – OUT AND BACK

16 turned up to try out this new route from Kommetjie lighthouse to Kleinplaaasdam and back.
Quite tough and a little longer than anticipated but an enjoyable outing which we can do again.

Faye took the photos and a tumble on the way back, and banging her head hard but was cheered up by the realisation that she had finally achieved ten sorties which gives her access to the speed check in.t 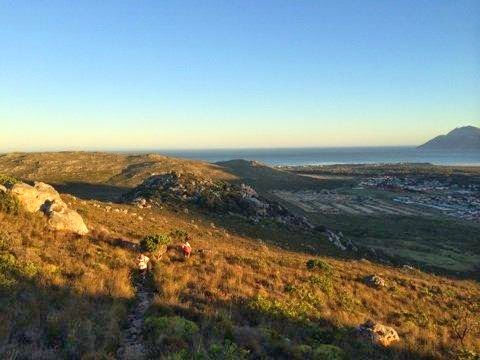 A fine cool morning, calm seas and just a whisper of a breeze, what more could we ask for?

19 turned up for our flat beach run, no hills, no rocks or slippery rocks just plain firm damp sand for 90% of the sortie anyway
Probably our most runnable route which was fun in a different kind of way.

Thanks to Julian who led out the Main Group and

Congratulations to Lanesse Collins who completed her 25th sortie this morning.

This morning's run was well attended with many new faces who'd heard we were going to do the Two Oceans 10km route and were keen to do a recce of it before their big day next month. The weather was perfect: warm enough to leave our outer layers of clothing in the cars, cool enough to run comfortably without too much sweating.

Despite pouring over GPS on-line tracking, Mr Slingsby's well-detailed map and OMTOM's route description, I was a little worried as I watched the crowd gather on the Jammie Steps, and was rather hopeful that one of the faster runners would know exactly which paths to take, as this route has so many options, twists and turns through the forest that it's hard to know which way is up. My fears were calmed by the fortunate arrival of Chris Goldschmidt (Celtics and WPA) who had, he happily admitted, finalised the course of this year's 10km trail with the organisers of OMTOM and Table Mountain National Parks a few weeks beforehand. Chris gladly took the lead and off we headed.

The gate out of UCT from the tennis courts was locked so we took a slight detour to get up to the Rhodes Mem approach through the old zoo. It was interesting to see the old cages and enclosures in disrepair. As we climbed up from Rhodes Mem, the mountain was bathed in glorious golden sunlight which distracted the trailers from the arduous task of that first ascent.  Reaching the beginning of the Silvertree trail, we ducked into the shade of the forest. The leaves underfoot formed a soft gold and green carpet, and the dawn rays filtered through the trees, lighting our way in an ethereal glow.

Soon we reached the Woodcutters Trail and the forest became a movie-set faerie playground. Streams both dry and flowing criss-crossed our route. We noticed a newly built rock dam over one river crossing, but for the most part, nature takes its course in this area of the mountiain, and left to its own devices, creates an inimitable work of natural art. Pine needles, leaves, fallen branches, tree roots and rocks make up the patchwork quilt of path which one has to remain alert to navigate.
Just after the 6km mark, we heard the sound of traffic as we turned down towards Union Avenue and marvelled at the beauty we have available to us just a few hundred metres from one of the city's busiest roads. Another slight incline took us past the Newlands Fire Base, the reservioir and back up to the Old Zoo. All too soon, we were home.
Thanks to Chris, Julian and Richard for their feisty leading; thanks to Gaeleen for sweeping. Thanks to everybody for their cheerful good company. Good luck to the lucky 500 runners who managed to secure an entry for the formal race. I, for one, will be back to do this route again in the not-too-distant future.
Lorraine Nevin

And a big thank you to Lorraine for managing the sortie, a job well done.

And to Kerry congratulations on having completed 25 sorties and can now wear her Red tee with pride. 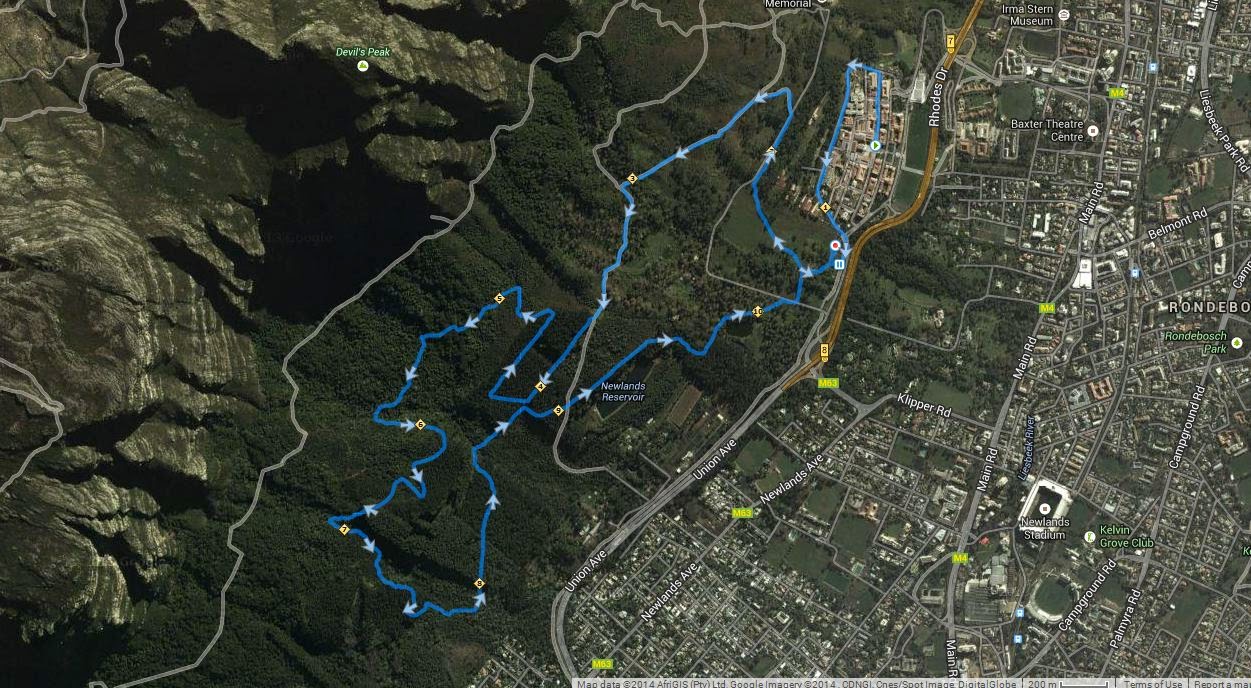 Small group today what with African X and the West Coast half marathon being attractive alternatives.

Beautiful crisp cool late summer dawn and a good run along a scenic route although the sandy trail did make for tough going in places.


Thanks to Randolph for planning and managing today's sortie.


The Main Group covered just over 14kms and the Recovery Group 10kms
Posted by Peter D Rogers No comments: