Fifteen brave runners huddled in their cars avoiding the rain until the very last minute and then made a mad dash for it. The Norwegians were right, the downpour stopped and other than the odd shower we had a pretty dry run. The advantage to running after rain is that all the streams and waterfalls in the forest are in full flow and there is something special about the smell of a wet forest with damp leaves and slippery boardwalks underfoot all adding to the adventure. Our route took us up to the contour path above the Kirstenbosch dam and then a little deviation up the start of the Window Gorge path and along to the start of Skeleton Gorge. Cecilia Waterfall was absolutely magnificent (see pic) and instead of the Volunteer Firefighters helping us across as is customary on the 2nd leg of TMC we had Geoff who turned himself into a human bridge. Thanks Geoff! Up the dreaded Rooikat Ravine we went and instead of heading back immediately along the contour path homewards we went up a bit more and then took the Mates Time Trial route down, a magnificent piece of single track to Constantia Nek. From there an easy jog back along the lower contour path to Cecilia parking lot.

The Recovery group consisting of Gae, Laura and Jo ran a 9.7km route in 1h45 – thanks Gae for leading. The Main group ran 12.1kms in just under 2hrs and our thanks to Hein for leading on us on a really lovely route. Thanks to Andrew Pitchers for the photographs. 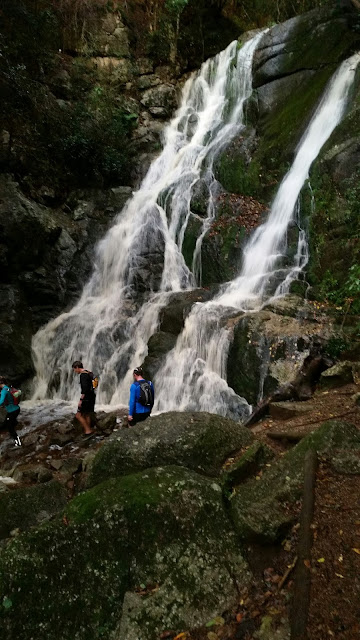 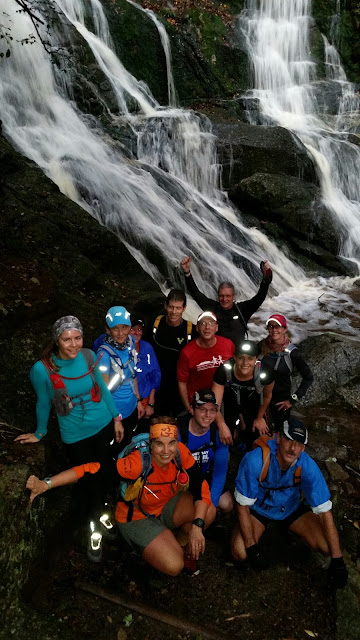 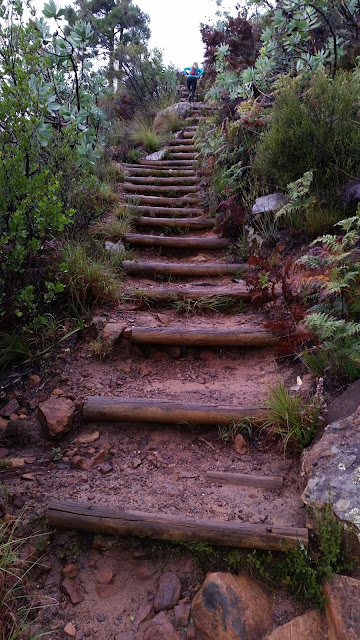 We had a great turnout (7 newbies) to this Saturday’s run, despite the looming cold front that lay ahead. The lead group was led by a super-lead group ie. Koji and Brigette, who lead until they took a wrong turn at Ash Valley and disappeared into the mountain mist. The normal lead group was lead at an ok-I’m-awake-now pace by master trail runner Hein, who did some extra milage with his looping backwards and forwards to make sure we were in tow. We took a short cut through the empty Hely Hutchinson Dam just to experience the moon-like terrain. Back on Smuts track we found Koji and Brigette making their way down Nursery Ravine - and raced them back to the carpark.

Gaeleen led the recovery group on a variation of the same route via Ash Valley, doing about 11.5kms in total. The lead group covered 13.9kms, and the super-lead group finished about 16kms.

Thanks everyone for an awesome morning on the mountain and well done to run manager (Tamsyn) os completing her 50th sortie.! 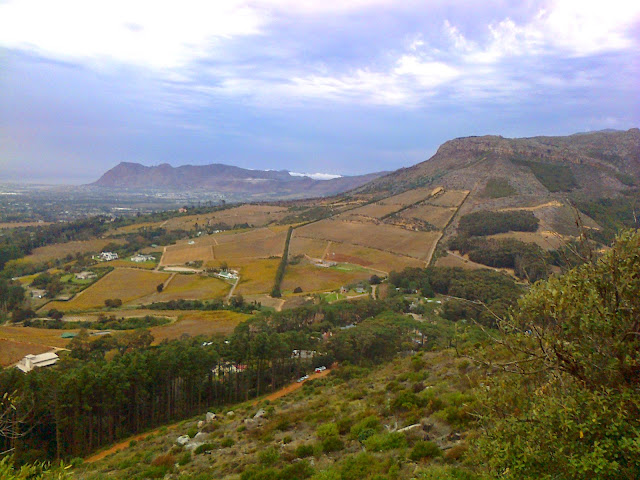 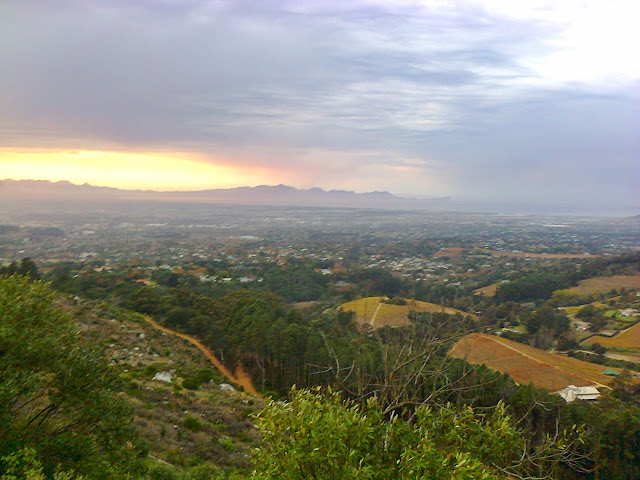 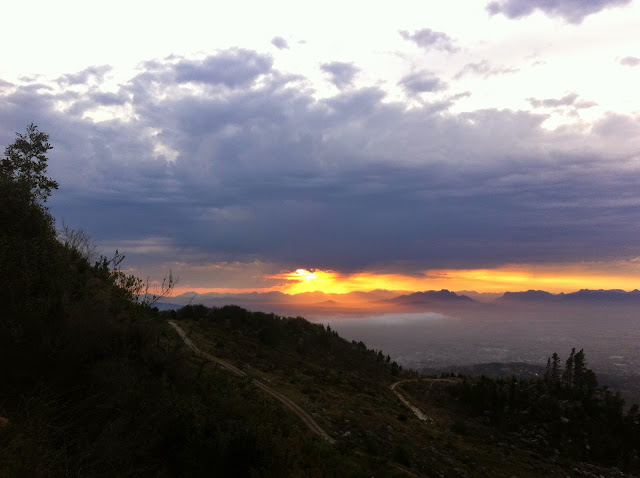 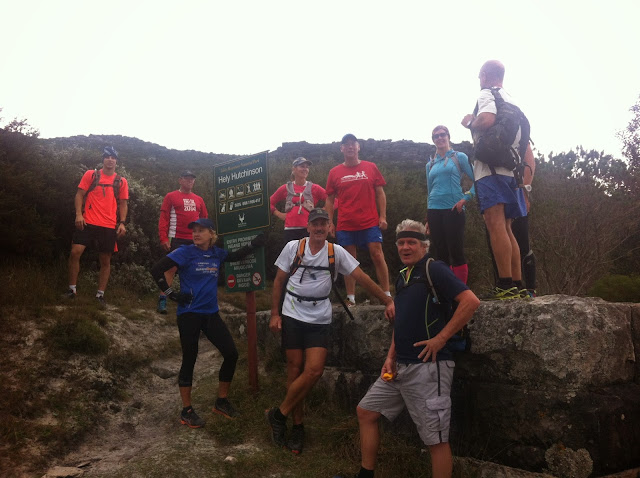 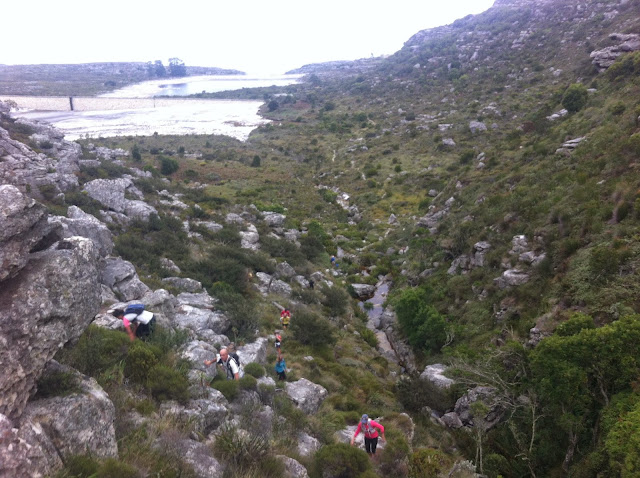 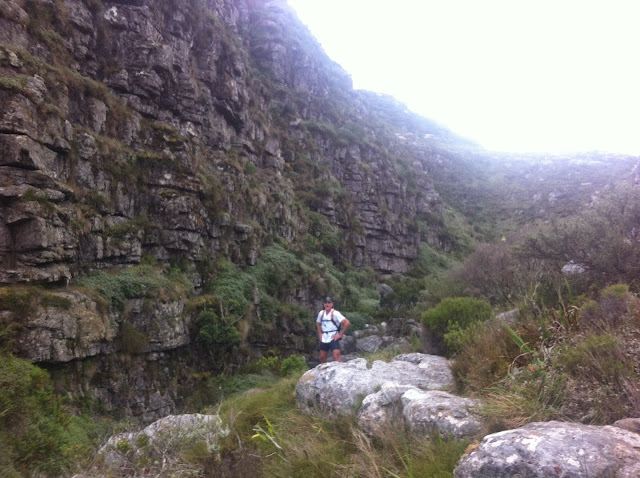 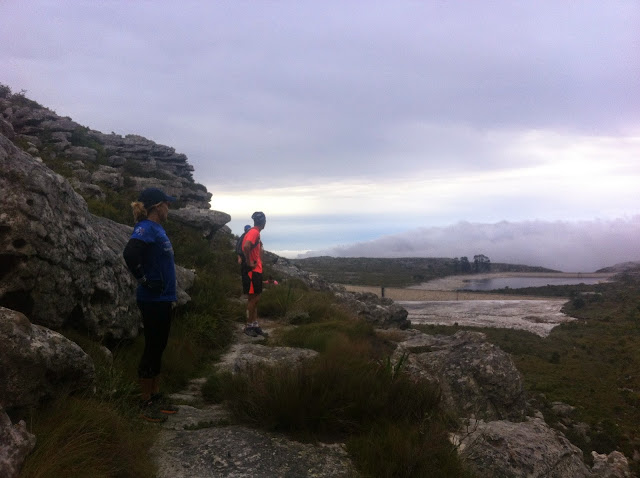 Just a couple of brave trailers pitched for a cloudy run on Saturday.  The three groups set off in the mist to the King's block house.  The Main group set off at blitz pace up Mowbray ridge and along the Middle traverse to Oppelskop.  Up and over the saddle, the Main group came back along Newlands Ravine.  The Recovery group set off along the Lower traverse towards Tafelberg road and came back along the contour track via Newland's path.  The Walk/Run group returned via the contour path to the start.

It was dark and windy in the Deer Park car park on Saturday morning but 29 souls managed to find the meeting point, despite the lady in the Googlemaps app sending us all on a wild goose chase into a cul-de-sac!

This route was a new one for the group, although a few of us have run it in the past couple of years as official participants in the annual VWS event.* The first half of the route consists of a loop in the direction of the southern suburbs, and the second half a straight out-and-back towards Tafelberg Road.  It’s an undulating route with lots of devilishly short, sharp ascents that require walking but, strangely, a seemingly unequal number of downhills. To spice things up a little, the main group headed off on a variant right from the very start, so they improvised pretty much the whole route but by all accounts enjoyed the scenery and company very much. The other two groups did manage to follow the intended track despite an almost-miss at the get-go! (*It was memory that prevented us from following in the footsteps of the main group rather than map-reading skills.)

It was one of ‘those’ days though: Mrs Googlemaps' misdirections, the lost main group, the disproportionate ascents… even the breakfast at the Deer Park Café afterwards was jinxed as there was load shedding and no decent coffee! Nevertheless, great fun was had by all.

A collection was taken for the VWS firefighters and we raised R1,350.00 Thank you.

None of the groups managed to take any group photos (probably due to the huffing and puffing and searching for the right path) but we do have some lovely cloud images and views from Lize, Mmama and Craig. 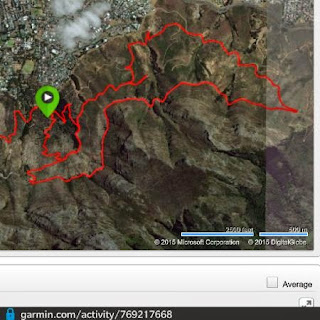 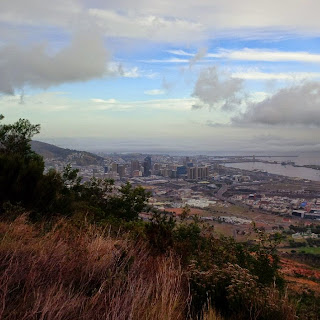 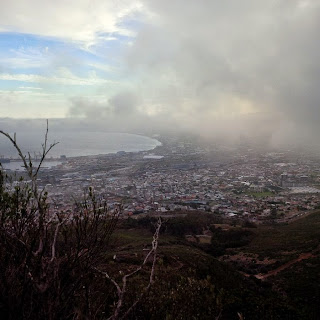 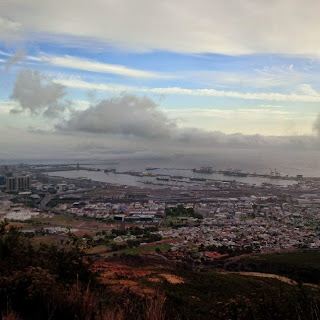 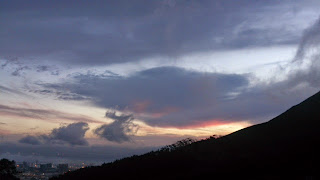 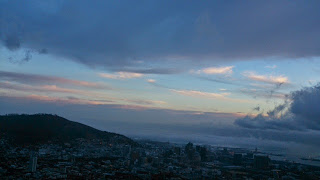 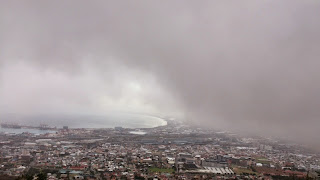 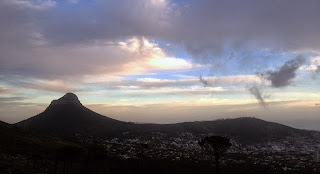