20 turned up at Constantia Nek for the start of what would turn out to be a most successful hunt for the elusive Red Disa which is commonly referred to as the Pride of Table Mountain.  All three groups covered the same route.   Fay's SMS sums it up   "We all got back safely after a most wonderful 5-hour walk and saw Blue and Red Disas, Cluster Disas plus King Proteas and Roellas."

One of our longer routes taking over three and a half hours for the runners, more for the walkers, the distance was 14kms plus depending whether you came down the "shortcuts" or concrete road.

Thanks to Richard who so faultlessly lead the main group, better than I, who managed to mislead the recovery group on the way pass Nursery Ravine!

I will let the photographs do the talking,  Thanks to Lorraine for her photographic contribution. 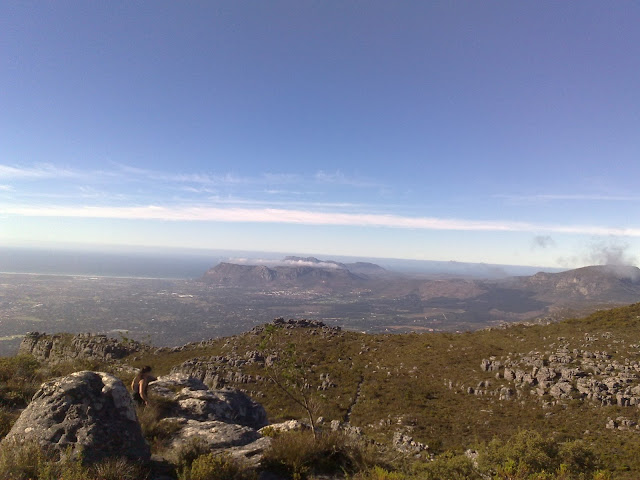 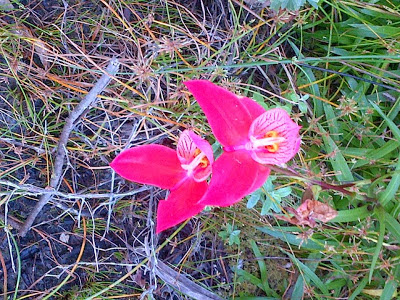 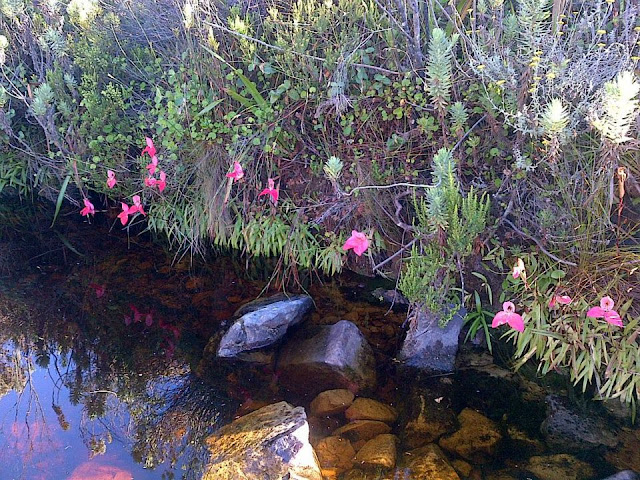 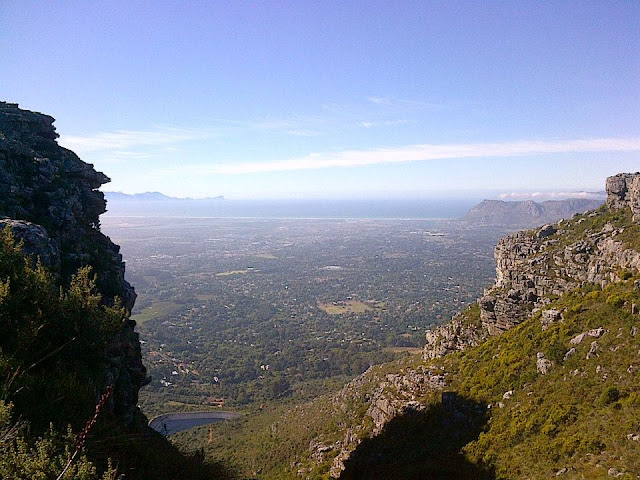 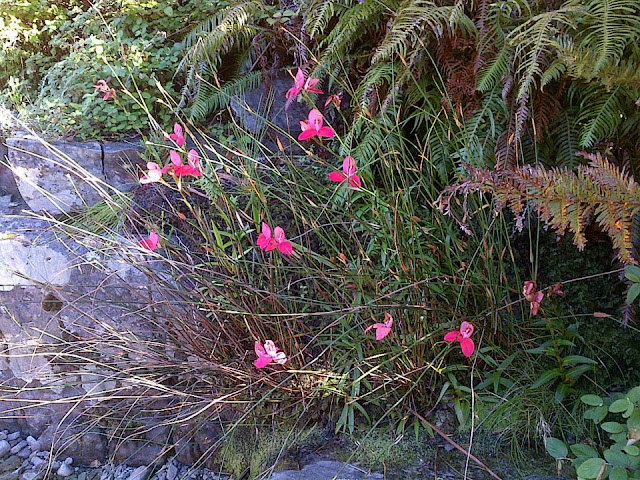 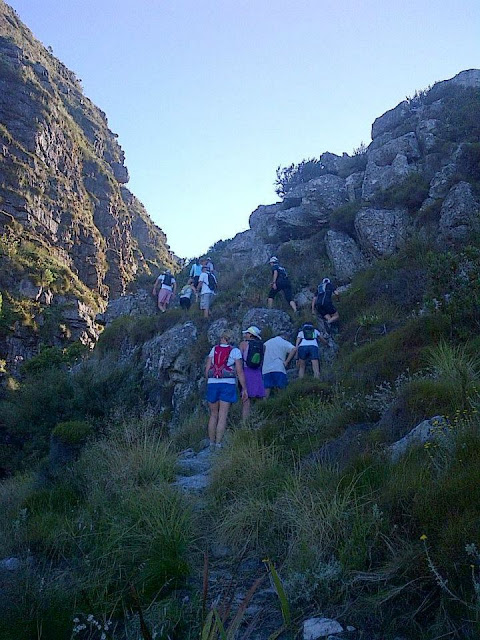 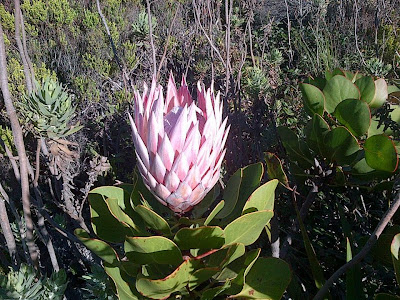 Under Construction Please call back later
Posted by Peter D Rogers No comments:


The 6.00am rendezvous at the Arboretum Parking Area, attended by well over 50 trail runners, was a mixture of admiration and confusion. The admiration was for Tim’s Group, as it is not very often that we are in the company of such fine athletic specimens. The confusion was that all of Greg, Alex and Jackie have officially defected from “us” to “them”……rumour has it that, not only do they earn rather lucrative appearance money, they also received rather hefty signing on lump sums. Peter and Tim are currently negotiating the transfer fees.

After the usual introductions by Peter, which some folk find amusing, rather than taking in the serious side of the instructions and reminders……please guys, accidents happen, you must be prepared……we set off in 4 groups, as follows:


Tim’s group set off at a blistering pace (enough about “them”) and TMT group 1 at a gentle trot, closely followed by the recovery group and the walking group. We hadn’t gone 100 metres, when Dave took a wrong turning. A few more wrong turnings ensured, before we eventually reached Level 5 on what can only be described as a perfect summer’s morning……the views over the Cape Flats and False Bay, all the way to Gordons Bay and the Hottentots Holland mountains, were quite magnificent.

We followed the trail into the Silvermine Reserve and through the mountain bike car park. Dave took a tumble, so Neil wisely stepped in to the lead role, a fine move under the circumstances, as, from then on to the finish, not a foot was put wrong……a navigational hundred percenter. We raced up on to Steenberg Ridge, the Silvermine dam in the distance below, we scrambled over a few rocks below Elephants Eye, then motored along the single track to the tar road and on to the top of Blackburn Ravine, then to the lookout deck, where we gathered to take in the breathtaking views of Hout Bay.

A quick photo shoot and we were soon retracing our steps back to the lookout point below Elephants Eye and then all the way downhill back to the car park, where all 4 groups mingled in perfect harmony.
The only incident of note was Mike losing his hydration pack……well, he didn’t actually lose it, he left it on the boot of his car, then walked over to the group for chat. Someone lifted/stole it and gave it to a security guard, who thought it was “junk”, so he dumped it in a black refuse bag and was about to confine it to the refuse bin/take it home (you do the maths), when Dave (luckily) retrieved it and returned it to a rather relieved Mike. The last sighting was of Mike and the security guard in deep meaningful conversation, probably discussing the pros and cons of leaving a hydration pack unattended on the boot of a car……lesson learned?

About 20 of us made our way to Julian and Gaeleen’s mansion (thanks guys) for a lovely breakfast and to admire Greg’s body (this insert at the request/insistance of the ladies present……sorry Allison!!!) and Julian’s jewelry.
On a lighter note, when leaving the car park, we noticed a sign reading “Baboons Drive Slowly”……and we were under the impression that baboons drove quite quickly.

Many thanks to Dave for this report and to Jackie,Chantal and Michael for the photographs 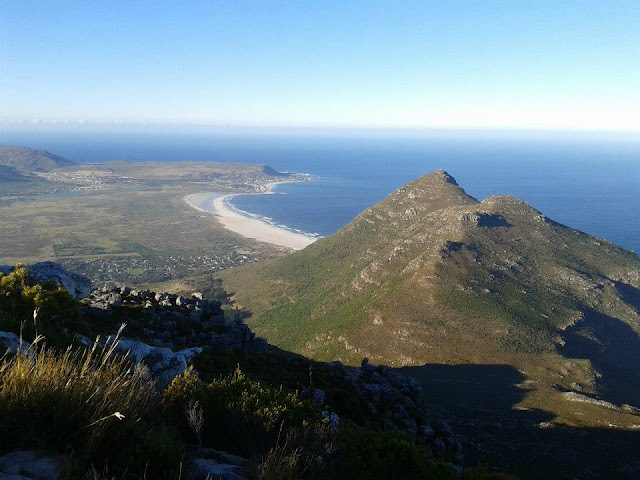 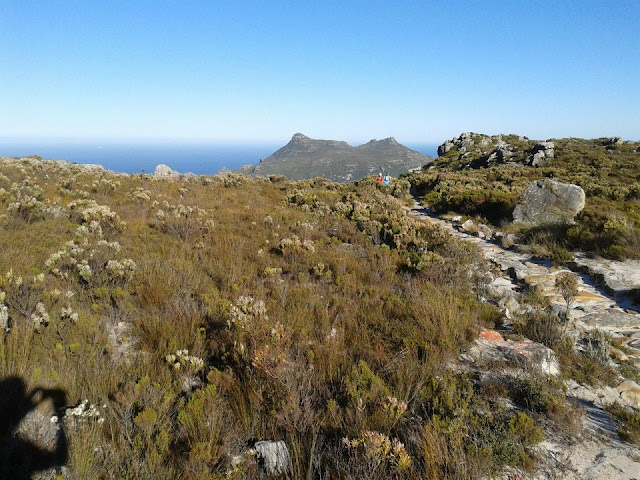 Saturday’s saw a record number of 40 turn out for what would become an eventful sortie.

All started well as we climbed up the many steps leading over Vlakkenberg pass. We saw a magnificent sunrise breakthrough the low lying clouds threatening rain.   Then Eleanor stumbled and turned her ankle. Fortunately Elaine was at hand and she expertly strapped it up and we decided that it would be better for her to continue down Bokkeman’s kloof where we could get her to a car as opposed to retracing our steps and going down all those steps.

The main group continued at a fine pace up to Skoorsteen berg and we of the Recovery Group searched for the trail down the densely wooded Bokkeman's Kloof.   We found it well hidden in thick bush and we had some good bush wacking experience before the terrain opened up a bit.

The Main Group decided to try the alternative path which was in fact the better option and soon caught up and overtook us going down the kloof. The rain set in but at least Eleanor’s ankle was holding up and she made good progress downhill and decided to continue along the pipe track to the end.

Meanwhile Fay’s walking group were being slowed down by a newbie who was neither fit nor strong and was tiring fast.   They unfortunately missed the beacon and sign we had left indicating where to turn down the kloof and seeing the Main group on the other side of the valley followed them down only to miss the point where the stream is crossed.

By now the rain was falling steadily but the Main and Recovery groups were soon back at the start and the shelter of their cars.

Back to the kloof and the struggling walking group.  Fortunately Felicity had taken her cell phone and called me to say they were lost and were having problems with the tiring newbie.  I decided that Neil and I should drive down and wait for them at the bottom of the kloof to reduce the distance they still had to cover.   We also managed to telephonically guide them back up to the board walk where they found the previously ignored beacon.

Meanwhile Neil had started back up the kloof to escort them down.  They met up and returned down in the now pouring rain at a snail’s pace to stay with newbie!.   Eventually they reached the bottom after taking four and a half hours for what should have been a 2:30 walk. Clearly Neil is the hero of this as during the course of that morning he did Bokkeman’s three times.  Those who ran that day will understand that was no mean feat in that thick bush.
We then drove a gaggle of soaking walkers and a very embarrassed newbie back to Constantia Nek.

A few lessons to be gained from this incident which could have ended on a far more serious note.
Posted by Peter D Rogers No comments: